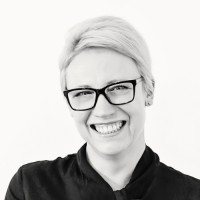 From the time of Spidertracks’ founding in response to an aviation tragedy, our mission has been to ensure connectivity and communication of aircraft location and situation, no matter what. It was the primary reason we originally selected Iridium as our communications platform, and why we are excited about the company recently completing a two year upgrade of their network.

When a SpaceX Falcon 9 rocket launched the final tranche of 10 satellites from its California base in January 2019, it completed the transformation of Iridium’s global communications network, replacing all of its satellites and upgrading the supporting ground infrastructure. Iridium’s satellite constellation now consists of 66 operational space vehicles and nine on-orbit spares.

The upgrade means Spidertracks can maintain our promise to provide real-time aircraft tracking, from take-off to landing, as well as two-way communication with aircraft. There are no issues with being out of range or out of line of sight, and there is persistent coverage even in tough weather conditions.

The flexible software-based design of the Iridium network will enable us to continue to extend Spidertracks product portfolio to help improve aircraft safety and streamline operations. It will also allow for reliable, efficient communication between onboard crew members, air traffic control, and ground crews.

The availability and reliability of the satellite network was a critical factor in our decision making to partner with Iridium for the development of Spidertracks Virtual FDR™. It meant our customers could have confidence that they could access the real-time flight following capabilities and the high resolution flight track of Virtual FDR on-time, every time, without exception.

The role of Iridium's Low-Earth Orbit satellites for aviation communications

For aviation tracking and communication solutions, it’s hard to argue against a low earth orbiting (LEO) satellite network as the optimal technical solution for aircraft connectivity.

A LEO satellite based network offers specific advantages for aircraft communications. At only 476 miles (780 km) from the Earth, Iridium’s LEO network has pole-to-pole coverage, a shorter transmission path, stronger signals, lower latency, and quicker registration time than GEO satellites that orbit at an altitude of 22,236 mi (35,786 kilometres).

Iridium’s satellites are better for connecting to communication and tracking devices fitted to aircraft that are often moving themselves. That’s because the satellite constellation is more likely to keep a clear line of sight with the antenna on the devices, delivering a reliable, robust, low latency (and hence more effective) end-to-end network to keep your Spider permanently connected.

For both fixed wing and rotary aircraft, flying mountainous terrain as well as open air space, having a satellite network that is moving at 17,000 mph means that even a supersonic aircraft is relatively stationary compared to the satellites. The constant movement of the satellites guarantees optimal look angles to wherever the aircraft might be located, and in whatever orientation – high bank turn, straight and level etc.

For rotorcraft especially, that means being able to pick up signals laterally instead of vertically while in transit, a capability that is crucial for search and rescue, trauma, and law enforcement teams.

Contrast that with a GEO network, where if an aircraft can’t see the satellite due to obstruction or orientation, connectivity cannot be made and hence real-time, low latency connectivity simply isn’t possible.

The advantages of a LEO network is one of the reasons more than 60,000 aircraft currently use Iridium.

The difference to your Spidertracks with an upgraded Iridium network

Iridium’s new network is already showing high levels of reliability, giving us confidence it will deliver to our customers mission critical network connectivity no matter where an aircraft with a Spider might be above the Earth.

Iridium is also playing its part with ICAO and other regulatory bodies to ensure their service meets both commercial and general aviation standards where applicable. The Iridium network is ICAO flight safety services approved. As mandated safety services such as GADSS come to be introduced, the Iridium network is set to make safe flying with position and status reporting a reality, reliably and anywhere on the planet.

As the Iridium Certus® Aviation products come online (offering speeds ranging from 88kbps – 700kbps), a more advanced IP service becomes available. This will allow Spidertracks to innovate further, extending our own applications but also partnering with other solution providers to help pilots and general aviation businesses to improve safety and operational efficiency.

Iridium’s upgrade of their satellite constellation is an impressive technical achievement, that will deliver performance benefits to pilots and aviation businesses. But most importantly for Spidertracks, it will help us fulfil our mission to ensure pilots are kept safe by being tracked and in communication, wherever they are in the world.

Visit www.iridium.com for more information about their network. Not a Spidertracks customer? Try a demo today.

Meet the five new members of the Spidertracks family!

With five recent additions to the team we’re well overdue for some introductions.

We’re pleased to share the exciting news with you - Spidertracks has been named as a 2020 finalist for the New Zealand Hi-Tech Awards “Company of the Year”...