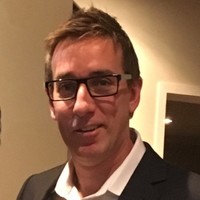 I was up bright and early on February 20. It was Spidertracks’ 12th birthday, the day was breaking, and I was keen to get up, grab a cup of coffee, and see what the morning held. As I took my first sip and looked out over the green pasture, I marvelled at the beauty of the brilliant sunrise, the silhouettes of my eight hungry sheep that grazed beneath it, and the sweet aroma of manuka coming from the native wetlands.

Few things say ‘New Zealand’ better than this, and I began to reflect on Spidertracks’ own rural roots as a Kiwi company. It all began for us back in 2006, in a farm implement shed in the Manawatuʼs Pohangina Valley.

The only silicon in this valley was in the toolbox of some cow-cockyʼs tractor, but Pohangina nevertheless became the birthplace of what’s now a thriving global tech company. Innovation is something that’s deeply entrenched in our DNA as New Zealanders; we seem to have an innate ability to do something really clever with bugger-all, and the Spidertracks story is no different.

On 5th November 2005, billionaire liquor-baron Michael Erceg was flying his EC120 from Auckland to Queenstown. Shortly into the flight, he ran into bad weather and crashed into a patch of bushes, breaking off the ELT antenna on the way down. The beacon didn’t transmit, so there he sat — and seven hours later, SAR time expired. With night falling and no idea where to even start looking, the RCC began a search-and-rescue mission.

This was the most inefficient SAR effort New Zealand had ever seen, spanning 15 days and more than 6,000 square miles before they eventually found the wreckage just 60 miles from where Michael had originated. It cost Kiwi taxpayers upward of a million dollars and put Michaelʼs family through more than a fortnight of living hell as they wondered where he was and whether he was alive or dead. Tragically, he didn’t survive.

A group of entrepreneurial technologists were gobsmacked by this event and thought that there had to be a better way of doing things. But as it turned out, there wasn’t — or at least, there certainly wasn’t anything practical for operators of smaller, general aviation-type aircraft. So they set about building something.

They hacked together a GPS receiver and an Iridium transceiver along with a few other components on a breadboard, fired it into a plastic lunchbox, and off they went. This contraption was able to send location information from the aircraft and use the Iridium satellite network to deliver it back to the ground in real-time — and so the Spider was born.

People quickly recognised the benefits of real-time aircraft tracking, and the wider industry embraced the new technology; after all, why would you wait for an accident to happen and then rely on marginal performance of the ELT when you could track your aircraft every step of the way under normal conditions?

Now, real-time tracking has been credited with delivering triple bottom-line advantages (people, profitability, and planet) to its adopters. It gives people peace of mind (if something goes wrong, someone on the ground will know and send help); drives profitability through advanced safety and risk management capabilities (being able to divert assets on the fly and triggering behavioural changes that lead to increased safety); and streamlines resource utilisation (decreased fuel burn and maintenance costs) that in turn has a positive effect on the planet.

So here we are with a delightfully simple and cost-effective product that delivers tonnes of value to a range of stakeholders, but no mandate from regulators or even a provision for an operator to utilise any alternative technology.

How, in 2014, could a commercial airliner simply disappear? How could we not know where a 777 was every second of flight? The fallout from this event was exactly like the fallout from Michael’s crash nearly 10 years earlier, just on a much greater scale: millions of dollars, millions of square miles searching for an ELT signal, and hundreds of devastated families. It didn’t have to be like this, but real-time tracking wasn’t a regulatory requirement, and airlines operate in a competitive and low-margin environment.

You can finish that thread for yourselves, but this is one of the frustrations we’ve dealt with over the years as a technology company trying to innovate and deliver solutions in an industry where regulation moves at glacial speeds.

Now, we’re starting to see regulators use language that points to performance-based solutions rather than prescriptive technologies. So better times are coming, but why does it take a catastrophic event to create this change?

In 2019, Spidertracks is fast evolving with the technologies available and with the requirements of the industry, but the fundamental driver of our success remains thus: a delightfully simple product philosophy and an outstanding team of people who take it to the world with their hearts and souls.

We’ve got many exciting things on the horizon as we move even further into the safety management system (SMS) space, bring to market a virtual flight data recorder (Virtual FDR™), and introduce success-driving software for enhanced planning, reporting, and data analytics. It’s been an amazing 12 years for Spidertracks, but the prospect of the next 12 is even more exciting.

I personally look forward to leading the business through this new era and to writing another chapter in this tale in the years to come.

A message from Dave Blackwell, CEO of Spidertracks.

Spidertracks: This Is Us

There are many definitions for culture. Who better to define it than a member who’s within it? Read more from People & Culture, Claire Bond.

We reflect on the adventures undertaken on a local and global scale, our own history, and some of the great achievements completed by you!